No more Noordhoek as we know it

Subject: RE: No more Noordhoek as we know it

Thanks for your e-mail.  In a democracy everyone should have the right to voice their opinion, and should be able to do so without the threat of legal action being taken against them (unless of course there is libel etc. involved). Civic organisations, such as the Noordhoek Conservancy, are staffed by volunteers and one of their roles is to comment on development applications, such as re-zonings, car parks etc. Their comments are informed by the legislative and planning requirements of the Province and the City of Cape Town. In this role they are merely commenting bodies, they are not decision makers. This is the role of the City of Cape Town and the Provincial Government.

Understandably, applicants may not always agree to the comments made by organisations such as the Noordhoek Conservancy, but in a democratic society everyone should be entitled to their opinion and the right to express this opinion.  In terms of the process, the applicant also has the right to challenge the comments / recommendations made by organisations such as the Noordhoek Conservancy. In this regard applicants, such as yourself, have the resources available to appoint the required specialists (town planners, engineers, environmentalists, lawyers etc.) to argue on their behalf. At the end of the day the City of Cape Town and the Western Cape Government will, taking into account comments received from all parties and the legal and planning requirements, take a decision regarding the application.

In terms of this process, assessing the legal status of an activity or its suitability is not simply a popularity contest. Yes, large numbers of people do attend the activities held at the Cape Point Vineyards on a weekly basis, and yes people visiting the Farm Village are “inconvenienced when they have to illegally park in the main road”. However, as far as I am aware, the City of Cape Town has not provided the required planning permission for the activities at Cape Point Vineyards and the courts ruled that required process for establishing the parking lot at the Noordhoek Farm Village had not been followed. Yes, some may feel that the court action taken by NEAG was “ludicrous”, however, at the end of the day the owners of the Noordhoek Farm Village did not follow the required process before establishing the car park. Town planning and land use regulations apply to everyone, even people who believe that they are providing a service that is of benefit to the broader community.  These procedures need to be followed and approval granted before the activity can commence.

As indicated above, one of the roles of the Noordhoek Conservancy, and other similar civic organisations, such as ratepayers associations, is to comment on applications and, where the required planning procedures have not been followed, bring this to the attention of the relevant authorities. This does not mean that they are anti-development, it simply means that they play at watchdog role to ensure that the required planning process is followed and illegal activities do not take place and or are reported. They should be able to perform this role without the threat of being sued (either as an organisation or in their private capacity).

The approach that you have adopted is commonly referred to Strategic Litigation Against Public Participation (SLAPP) and is essentially aimed at intimidating individuals and or civic organisations and shutting down open debate. If adopted by other developers the approach would essentially result in the death of ratepayers associations as no one would be prepared to volunteer their services due to the potential threat of being sued in their private capacity.  Legal firms, such as Smith Tabata Buchanan Boyes, should also consider the potential implications for ratepayers associations when they provide the legal support that is required to sue individuals who volunteer their time.

I think there are far more constructive ways of dealing with the concerns you raised. Litigation essentially ends up with winners and losers without the actual substantive issues being addressed. Yes, perhaps a New Conservancy Exco will be elected under a process sanctioned by the Court.  However, given the history the legitimacy of the Exco is likely to be questioned by a number of Noordhoek residents and, as such, the concerns regarding the role of the Noordhoek Conservancy will remain.

I have worked extensively in the Stellenbosch / Winelands area, where an organisation that is similar to the Noordhoek Conservancy operates, namely the Stellenbosch Interest Group. One of their prime roles is to ensure that the historic character of Stellenbosch and the surrounding area is not destroyed by inappropriate development. In carrying out this mandate they comment on development applications. As an organisation they are supported by Mr Johann Rupert. Given this supporting role, I doubt if Mr Rupert has every contemplated and or resorted to the threat of suing individual members of civic organisations.

It would be nice if the prominent businesses and business people in the Noordhoek Valley could follow the example set by Mr Johann Rupert and support local civic organisations instead of threatening them by instituting legal action against them and their volunteer members. Hopefully at the end of the day reason will prevail and everyone can sit around the table and discuss the issues at hand in a mature and constructive manner without the threat of legal action hanging over their heads. 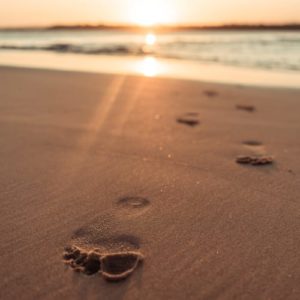